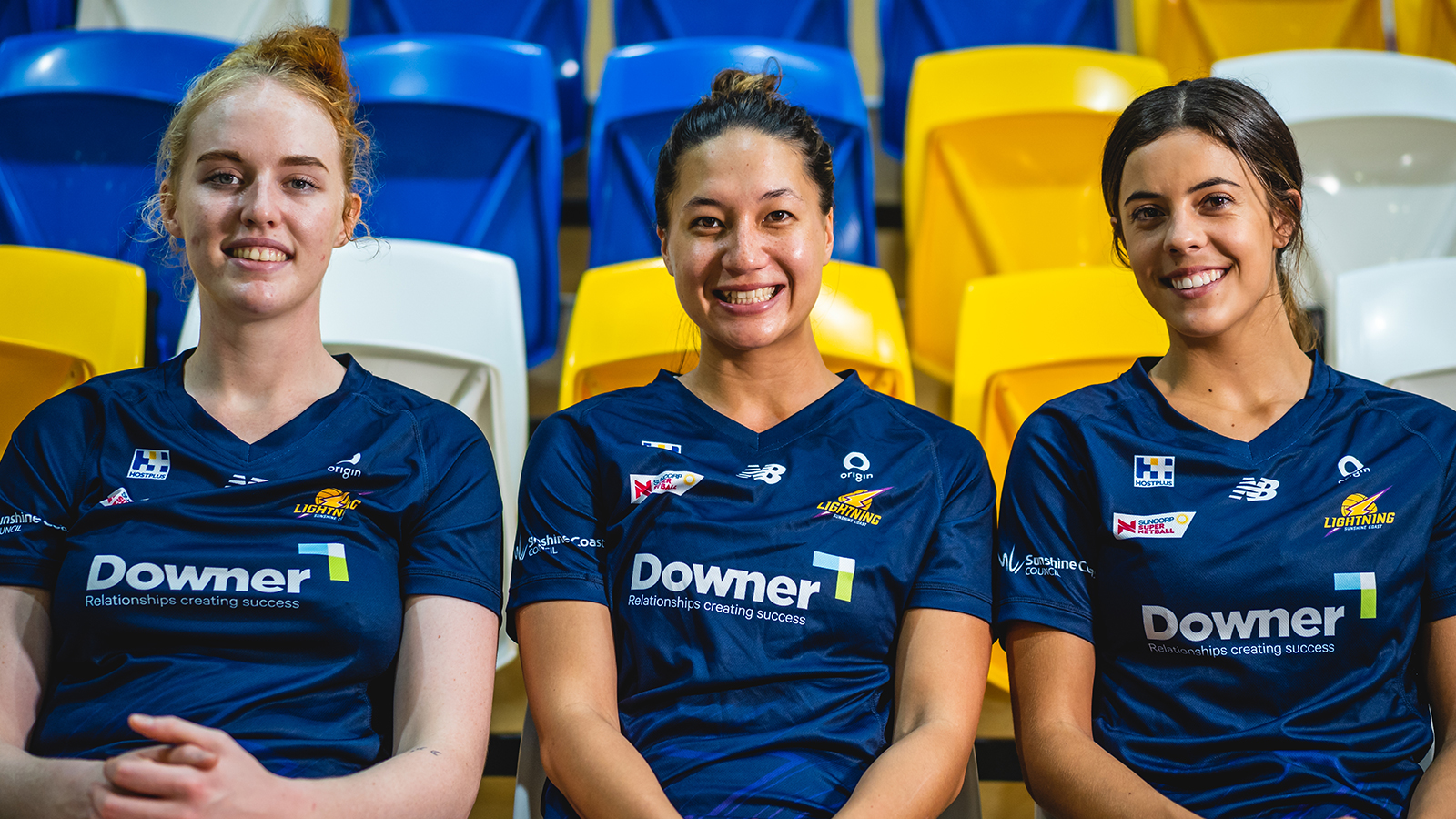 The Club confirmed Annie Lawrie, Ashlee Unie and Maddie Hinchliffe would remain at the Club earlier this week as Training Partners.

Head Coach Kylee Byrne is thrilled to announce three new faces in Jada Gafa, Ava Black and Bridey Condren who have also been given the call up to join Lightning’s emerging athlete program.

The trio have impressed across a range of Queensland pathways in recent years and will complete Lightning’s list for 2022.

Byrne said she is excited by the calibre of talent Lightning is bringing into its program this season and spoke highly of each of the individuals and what they can contribute.

“This year it was important to have strong cover across all areas of the court for our Training Partner positions,” Byrne said.

“We also identified the need to build a robust core group underneath that will hopefully wear the Lightning dress in the future.

“In the end this experience is about exposing this talented group of athletes to a daily training environment and challenging and educating them on what a Suncorp Super Netballer does and how they prepare.

“Our aim is to close the gap underneath in this very important training group and see who is going to put their hand up for future opportunities.”

Black, an Australia U19 squad member, earned her first Training Partner contract after impressing in Queensland underage teams and the recent Sapphires team in the Born to Shine series.

Known for her athleticism and height, Black can cover all three centre court positions after a shift to also cover Wing Defence in 2021.

“Ava has such raw untapped talent and athleticism that will thrive and develop really quickly in this environment,” Byrne said.

“She is so keen to learn and absorb herself in everything, she has fitted in perfectly”.

She was also named the 2020 Sapphire Series Most Valuable Player after a stellar season.

Gafa is a 179cm attacking midcourter who has extensive experience playing in the Sapphire league for both Carina Leagues Tigers and Bond Bull Sharks.

“I have been watching Jada since she was 16 and have always admired her natural game and instinct,” Byrne said.

“As an attacking centre court she has that amazing ability to find space easily and also finish with the pin point feed.

“This is going to be a huge learning for Jada but one I know she will handle brilliantly.”

Condren will provide coverage for Lightning’s circle defenders, with the talented Queenslander having already made her Suncorp Super Netball debut in 2020 for West Coast Fever as an injury replacement player in the state-hub.

The Goal Keeper / Goal Defence was also part of Lightning’s ANC side who competed in a regional Queensland tour earlier this year.

“When you look at defenders there needs to be an element of mongrel that is unteachable and Bridey has that in spades,” Byrne said.

“She is another athlete who has done her time in the pathway but is now ready to test herself and work in a high performance environment so that we can all see what she is capable of.”

The increase from four to six Training Partners will see a host of benefits to both those individuals and the wider squad, as well as ensuring there is increased injury coverage throughout the season. 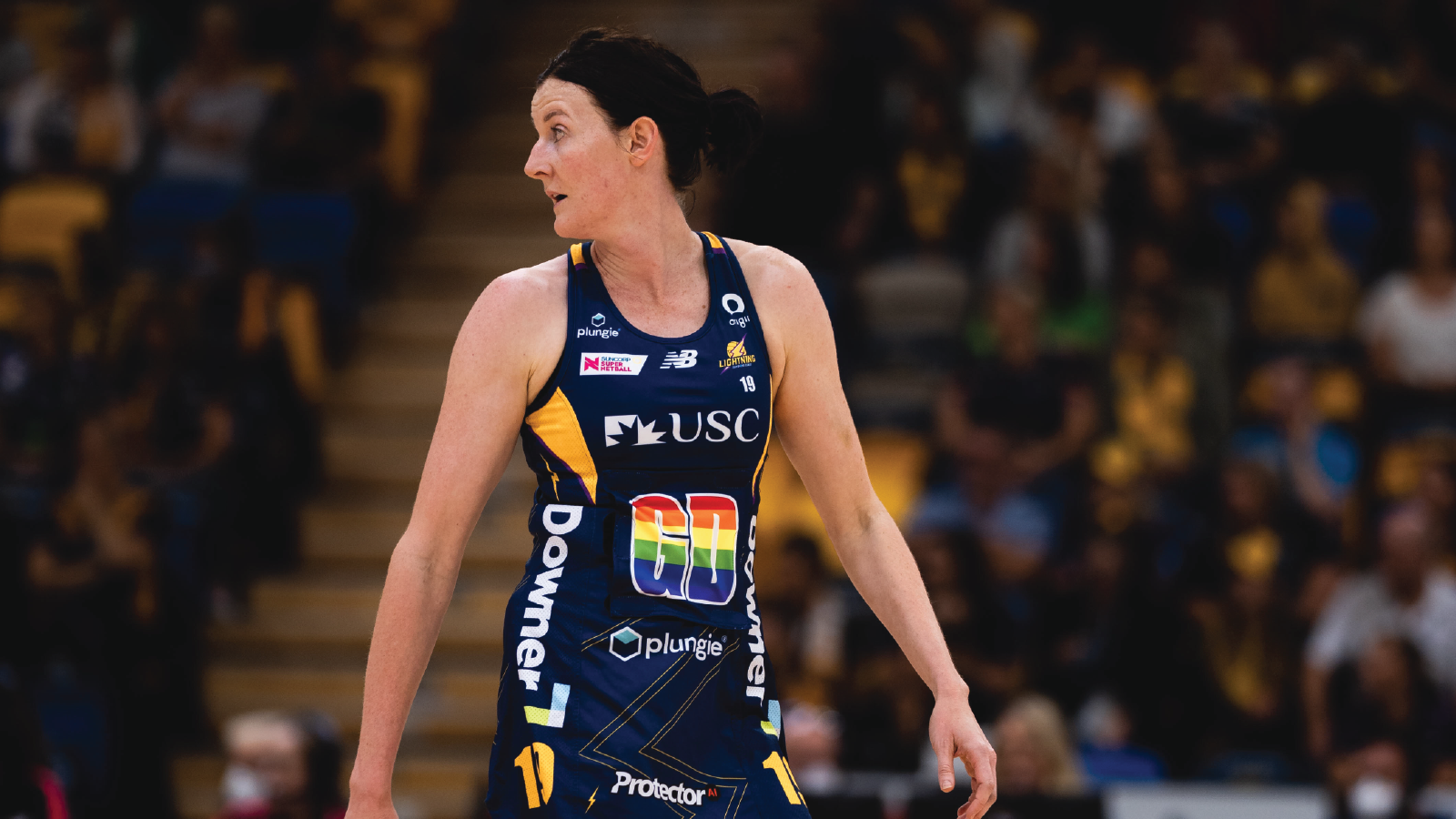 WALSH RULED OUT OF ROUND 10 MATCH

Sunshine Coast Lightning will be without defender Kate Walsh for tomorrows Round 10 clash against NSW Swifts, through

SCHERIAN RULED OUT OF ROUND 9 MATCH

Sunshine Coast Lightning will be without mid-courter Laura Scherian for tomorrows Round 9 clash against West Coast Fever,