The Adelaide Thunderbirds have dealt Sunshine Coast Lightning a blow with a pulsating 61-60 win at Brisbane’s Nissan Arena.

In a match the fourth-placed Lightning should have pocketed against the seventh-placed South Australians, they developed the wobbles ahead of a tough 2-game finish to the regular season.

Instead of seizing first place on the ladder, Sunshine Coast are fighting for rhythm and will not have it any easier in looming top 4 showdowns against the GIANTS and the Swifts.

Lightning had no answers to a midcourt masterclass from Maisie Nankivell (46 feeds, 35 goal assists) and have now dropped consecutive games against lower-ranked opponents.

“There’s two games to go and that gives us a great opportunity to find the form that we need,” she said.

“We demonstrated passages of it, but then the third quarter really got away from us.

“We know there’s not too many games left for that opportunity. It doesn’t matter who the opponent is, it’s just important everyone starts finding that consistency and form that allows everyone to be at their best.”

The result was the Thunderbirds’ first victory against Lightning and they had to fight to the finish for it.

After falling behind by as much as 4 goals during the third term, Lightning turned to Maddy McAuliffe – their third rotation at centre – to claw back the deficit in the fourth quarter.

The change failed to have the desired impact, with the Thunderbirds’ Hannah Petty having a big final term to help seal the result.

Lenize Potgieter calmly potted the winning shot in the dying seconds to break a 60-60 deadlock and goal keeper Shamera Sterling grasped one of her six gains at the death in a stunning individual performance.

Cara Koenen was on target early but was eventually silenced by Sterling.

Sunshine Coast’s attacks struggled to find space while the Thunderbirds’ Maisie Nankivell had a field day.

Nankivell’s ability to find her goalers from any range was one of the highlights of a tight first half.

Lightning Is Young But Rich With History 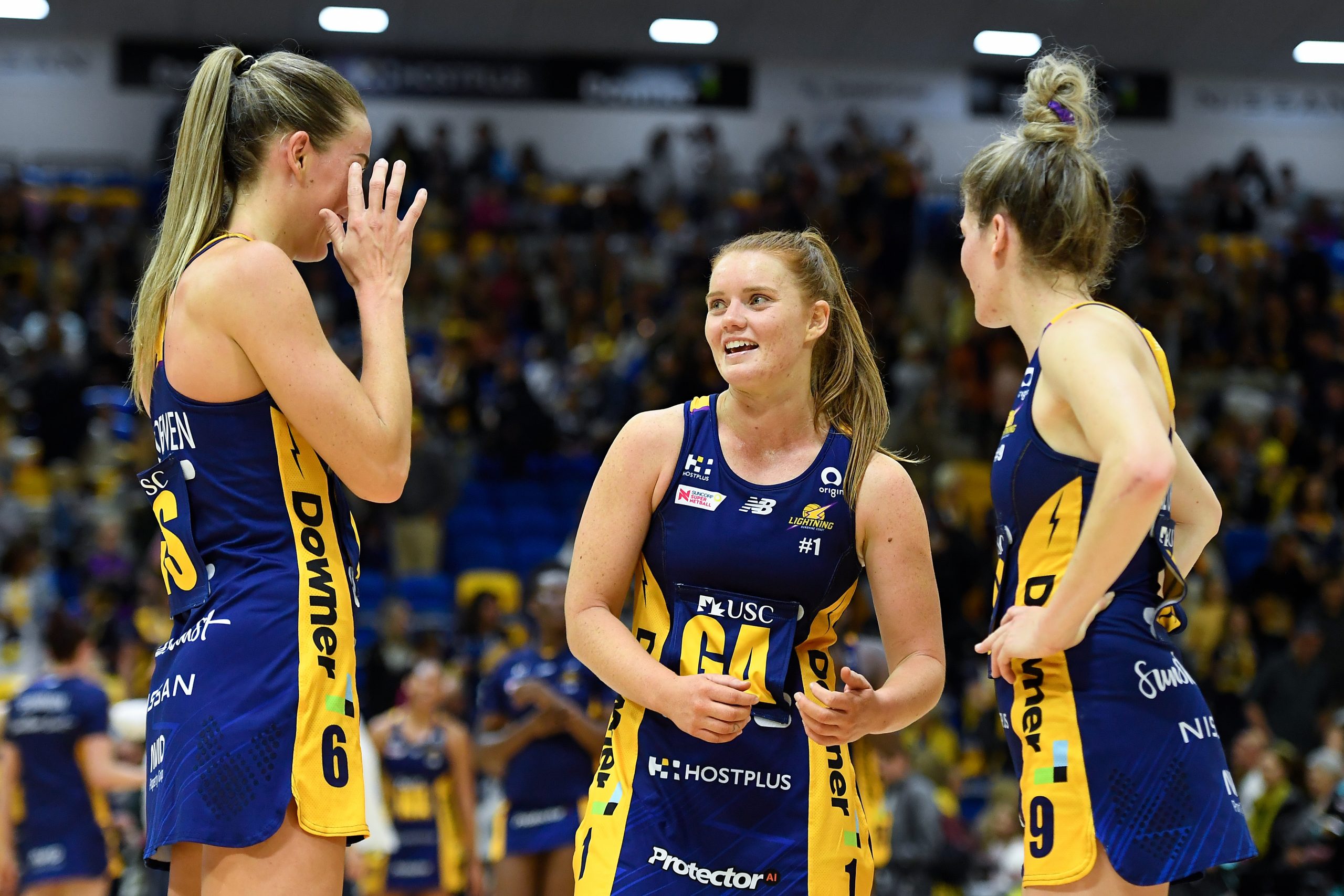 PRETORIUS WEIGHS IN ON QUAD SERIES

Sunshine Coast Lightning Captain Karla Pretorius is watching the Quad Series from the sidelines this year, as she